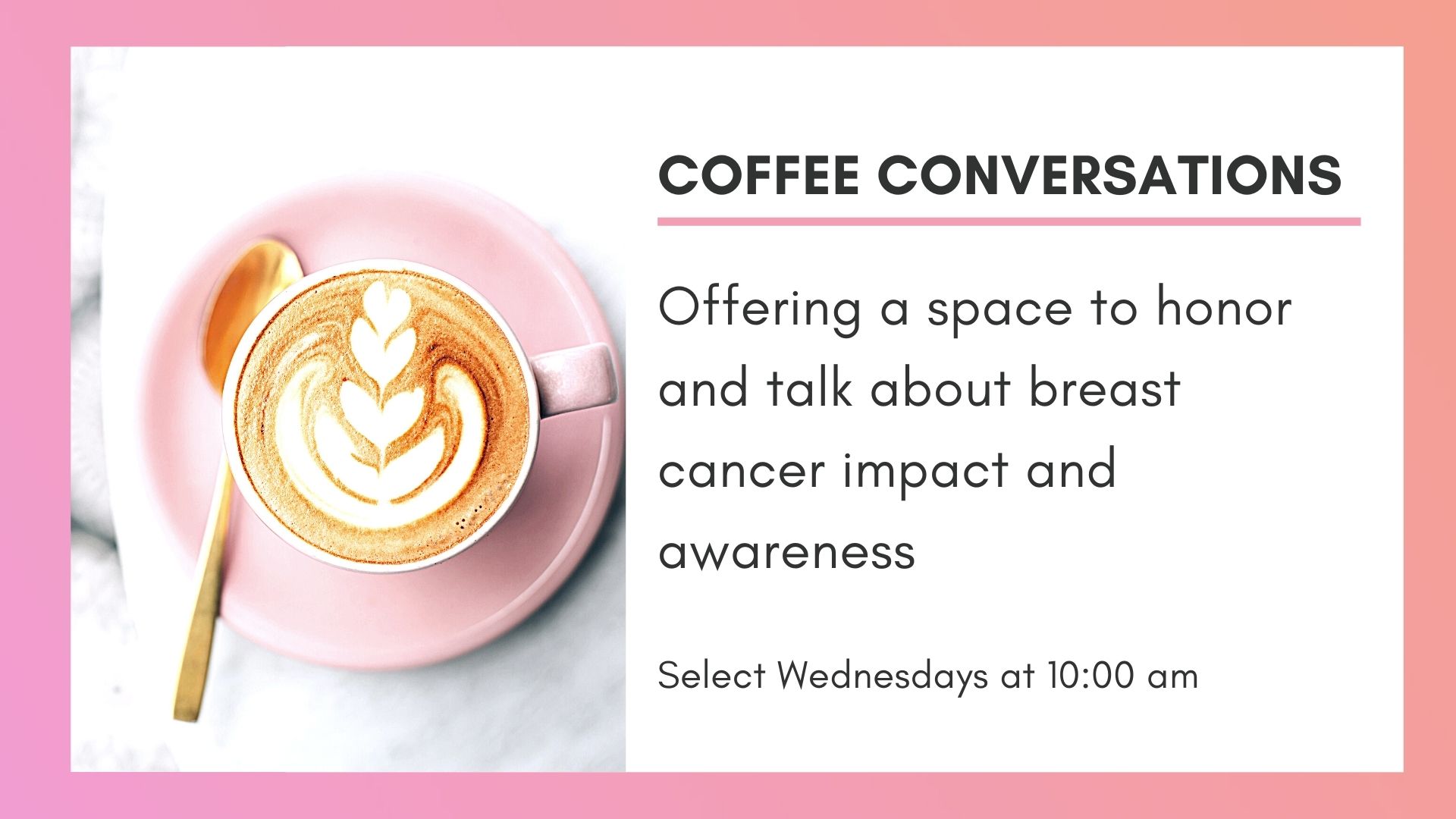 We recently sat down with Mark Adams for a Coffee Conversation about his experience as a co-survivor supporting his wife as she was diagnosed with breast cancer. We’ve recapped the highlights below, but if you have a few minutes be sure to check out his full interview by clicking here.

Tell us about yourself!

Mark was born and raised in Alabama. He studied engineering and has been working in construction for the last few years. He loves anything outdoors and has become more involved with support groups and Bible studies because, to get through tough things, Mark finds it important to be part of a community.

How did you find Forge?

Mark learned about Forge through Stephanie, his wife, who is a breast cancer survivor. After Stephanie was diagnosed, Mark felt lost. It was hard for him to find other men his age to talk to about his exact situation, to answer some questions, and to be real/raw when walking alongside a significant other while facing cancer together. Mark wants to be able to help people in similar situations.

The day after Stephanie was diagnosed, Mark described that it felt like they visited every doctor’s office, had every test, and were inundated with information. He described it as overwhelming. “Where is my notetaker? Where is the person to speak in layman’s terms to us?” Then they had to discuss what to do about having children. “Do we take a risk and trust the Lord?” Mark says that there were so many overwhelming decisions to make in a hurry. He believes that they made the right decisions because he and Stephanie talked, and they arrived at their decisions together. He says that they are here now, to help provide guidance to others and to share their experiences.

What helped you cope?

Mark tended to bottle everything up. Mark didn’t want to burden Stephanie with everything he had on his mind. He didn’t have anyone to vent to until someone told him to let it all out, to vent to him. Having that particular moment that allowed him to release all that information and the pain struggles he was going through was a turning point for Mark. For him, to have someone there just to listen was invaluable.

Mark also attended Forge’s Young Breast Cancer Survivor Support Group co-survivor night. There were other men there that were going through the exact same thing. Some had been through it, and others were just starting. Mark says that it was nice having someone to relate to. They could help mentor and prepare those who were just beginning. “Here is something you should expect, here is a decision I made, here is my number…call me.”

How can someone help support a co-survivor?

Mark believes that the biggest thing is to be available. If you can, be that someone who is easy to call, easy to talk with, and who can step in when needed. Mark wanted to be and felt like he needed to be at every single appointment. It was nice to have someone that he could trust to be there with Stephanie when he couldn’t be. Having someone there who can help out with those things can help manage so many burdens.

Looking back, Mark felt that he was putting everyone on himself and that he was failing if he couldn’t do it. He shared that anything is helpful to take that feeling of failure off the co-survivor. Mark said that even small things like giving a $5 gas card or sending food were so helpful. Those gestures eased the burden of what Mark needed to do. He didn’t have to worry about what he was going to feed Stephanie or how to feed himself. All he had to worry about was getting Stephanie home after treatment and set up on the couch with cozy socks, a bowl of mashed potatoes, and peppermints to manage nausea. Those moments of kindness added up to help Mark manage his stress and his to-do list.

What inspired you to be a peer match at Forge?

Mark can’t pinpoint any one thing that made him want to volunteer with Forge, but the sense of wanting to help other people is an important driver for him. He knows what it feels like to feel alone, so he wants to make himself available so no one else going through something similar has to do it alone. Mark wants to be the person who can help.

How can more men become involved?

Mark thinks that you start by reaching out more to men who are going through this. If you hear someone say “my wife was just diagnosed,” Mark suggests sharing that Forge is a resource. Word of mouth and Facebook are great ways to keep the information out there for everyone to hear.

Do you have any words of encouragement for co-survivors?

Mark shared that it is going to be okay. There are people out there that want to help you. It isn’t your fault. There is a plan, and the plan is good. And if you just take advantage of the resources in front of you, it will help make your walk through this journey a lot easier. Mark is here for you for those out there listening.

Forge Coffee Conversations are a bi-monthly series where we interview survivors, co-survivors, medical professionals, and more on various breast cancer topics. For information about upcoming conversations and events visit www.forgeon.org/events